A few weeks ago I was approached by BBC London to carry out a bit of analysis in relation to London’s ever-changing and growing immigrant population. Obviously something more interesting came along in the world of London-based topical news, as the stuff I did never made it to air (or at least, even if it did, they didn’t tell me about it)!

Well, the BBC’s loss is the blogosphere’s gain as you lucky people can now get the full, unabridged juicy findings – I hope you enjoy (most of the maps come at the bottom map fans)!

I should probably point out that given the limitations of the data released so far from the 2011 Census (univariate tables in the main), this is pretty light on analysis, heavy on presentation of data. That said, the facts on their own are pretty interesting.

All of the observations below have been made using data from the 2011 and 2001 Censuses, administered (in England and Wales) by the Office for National Statistics (ONS). These data are available under the Open Government Licence – http://www.nationalarchives.gov.uk/doc/open-government-licence/open-government-licence.htm

London is a growing city with over 1 million more inhabitants than there were 10 years ago. A significant amount of this growth has been fuelled by international migration (although even more people arrive each year from other parts of the UK). Consequently, our Capital is now an even more international city than it was ten years ago with 37% of its population not born in the UK (compared to 27% then). Most of the foreign born living in London are from the rest of Europe, but there are significant populations from all parts of the globe.

While London can be described as a young immigrant city with almost 20% of the population arriving from overseas in the last 10 years and most of these in their 20s; it can also be described as a city of assimilation – people living in London are only slightly less likely than those in the rest of England and Wales to have a UK passport.

Top Ten % Increases in Population by Country of Birth 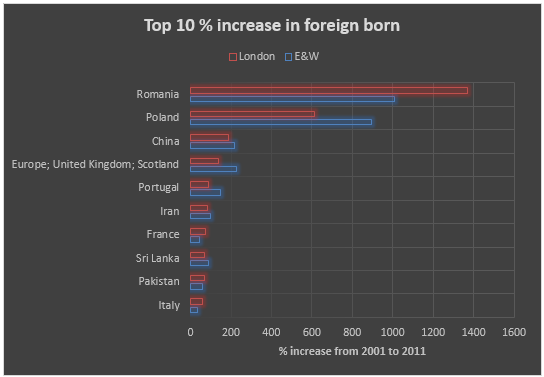 The maps below show the location quotients of the UK born population within London – these show population concentrations with areas >1 above the average for the city and <1 below average.

UK born population are more heavily concentrated in the outer boroughs, with a below average presence in the ‘Inner London’ boroughs. 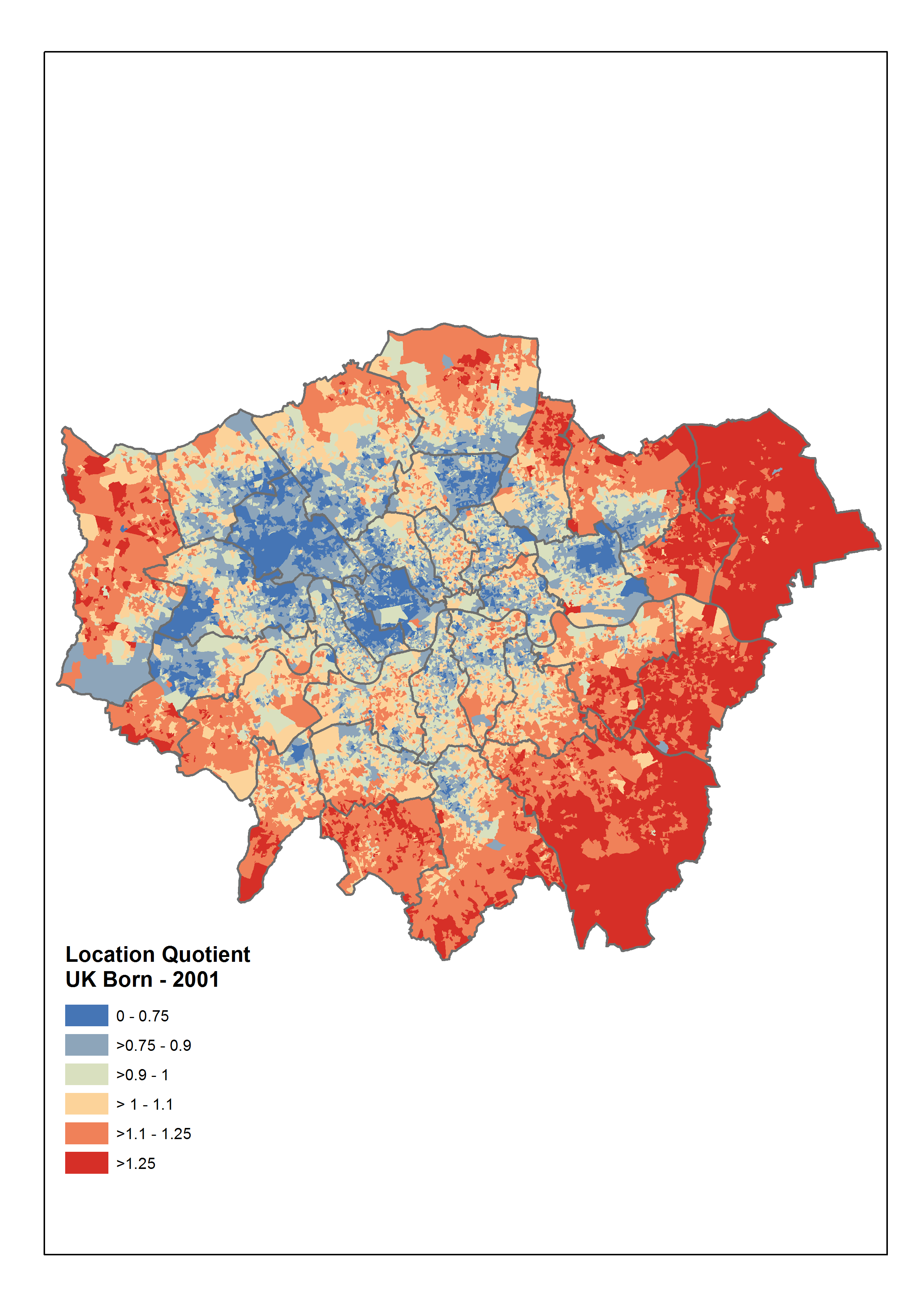 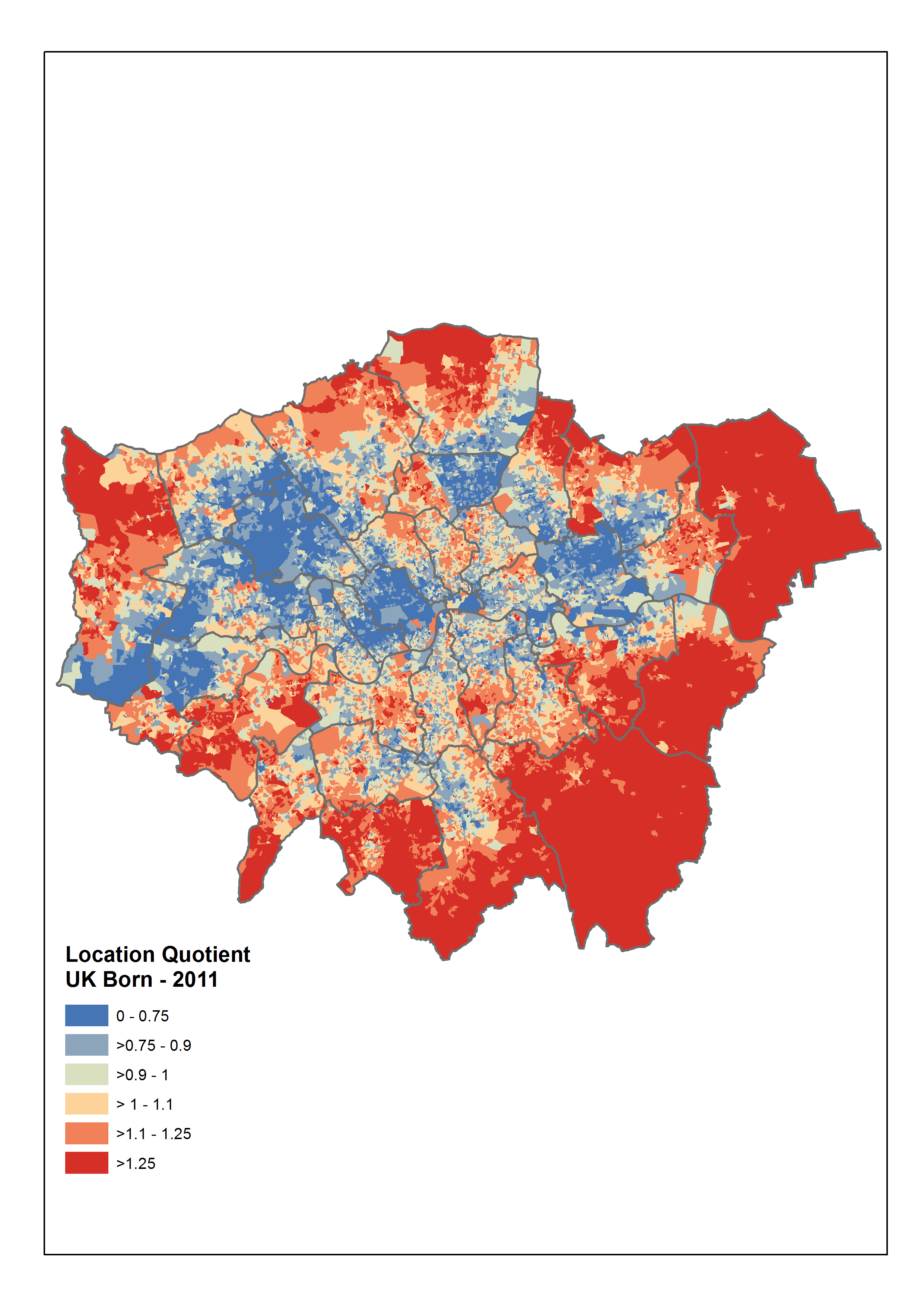 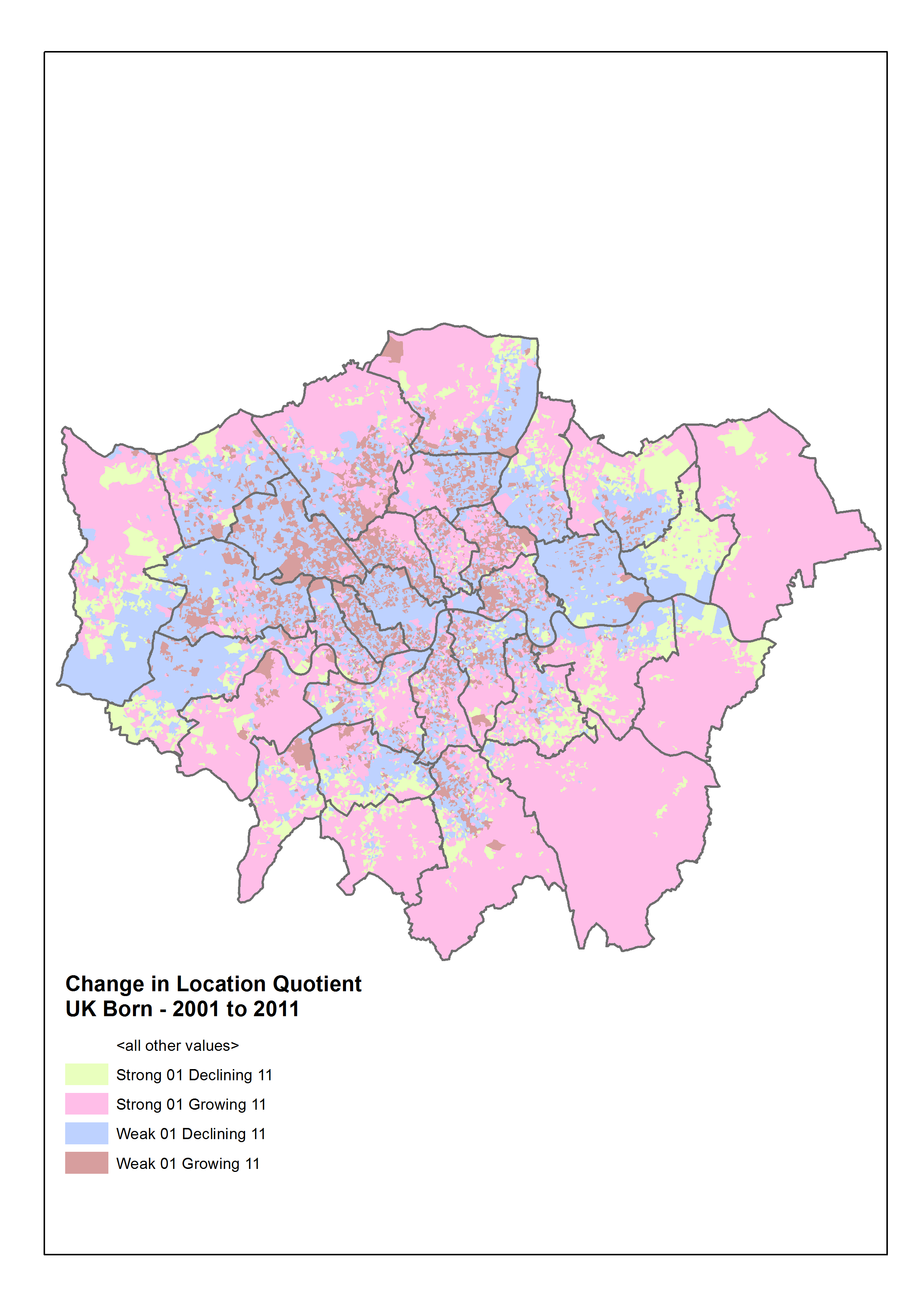 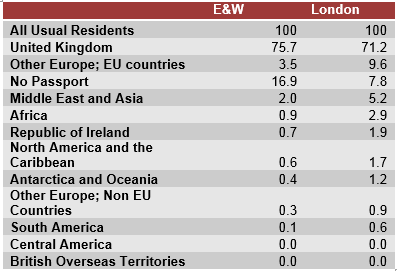 Length of Residence in the UK 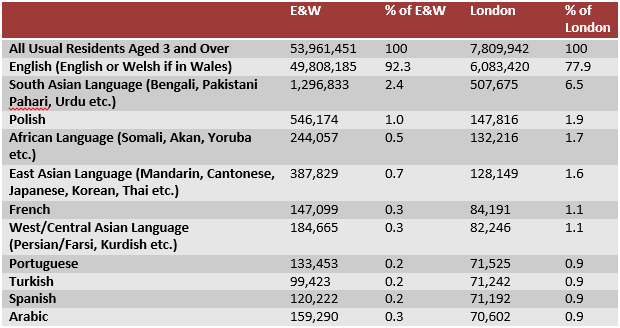 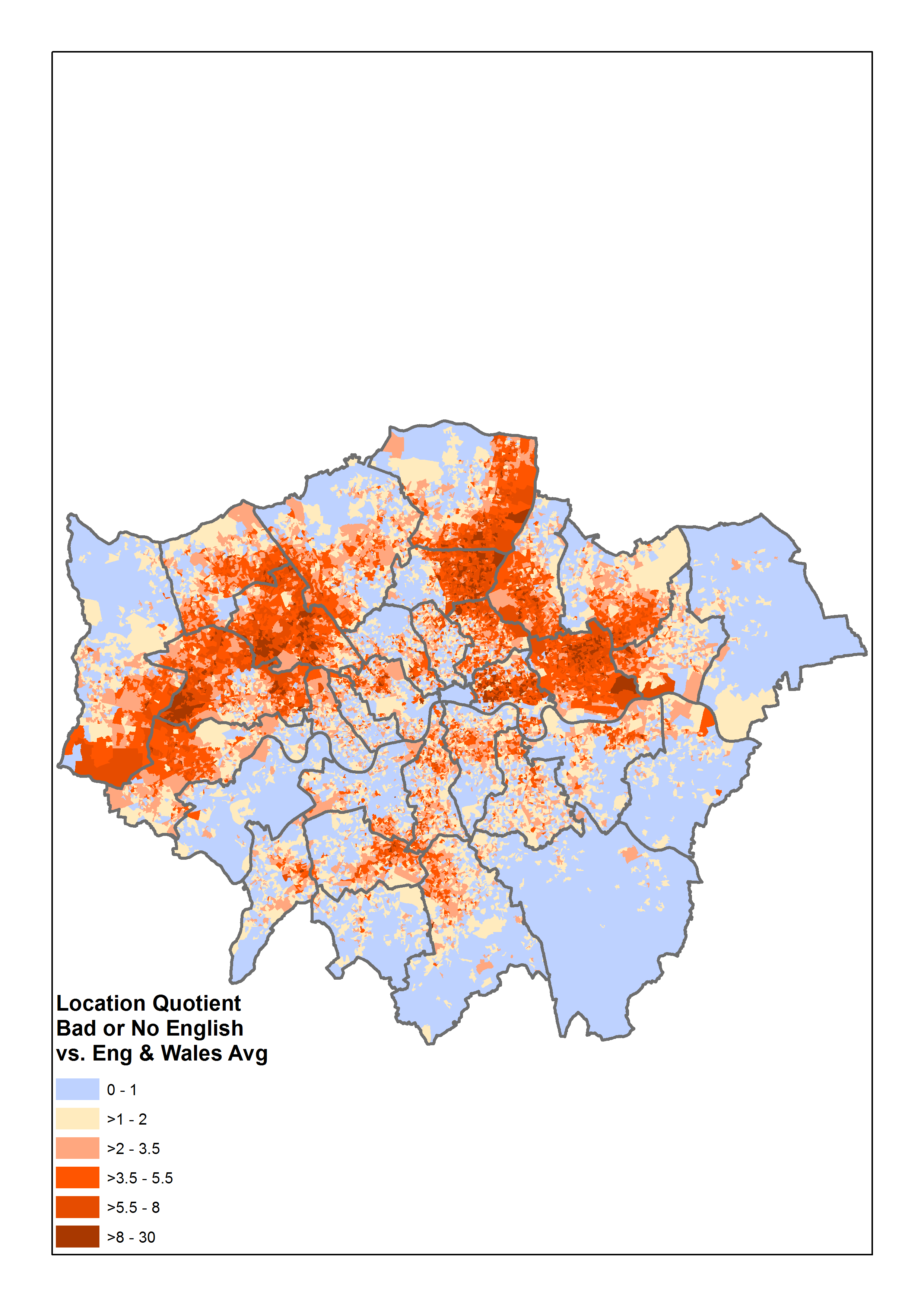 Age of arrival into the UK 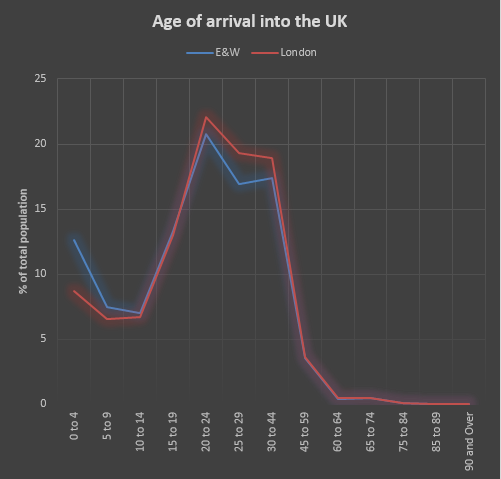 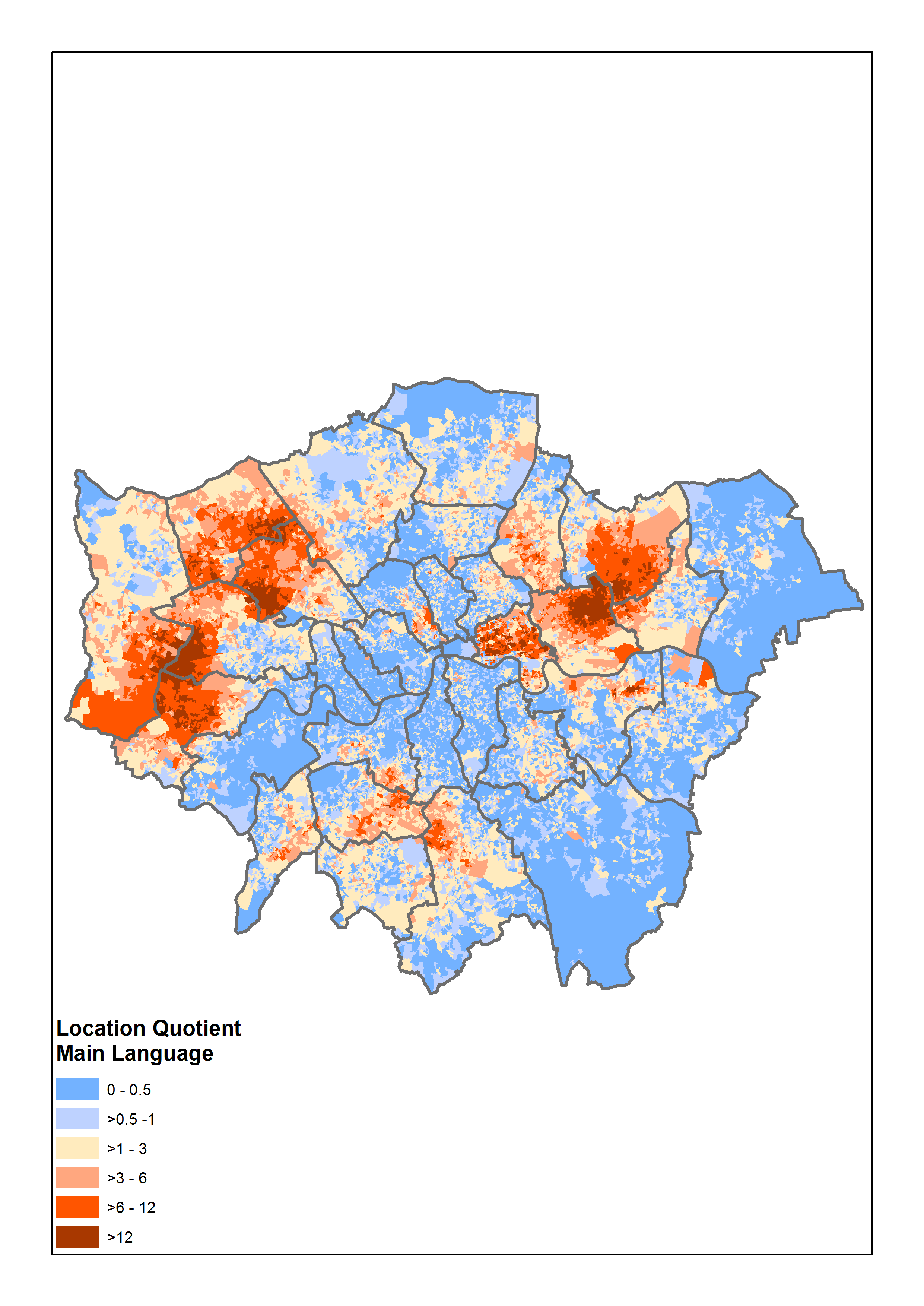 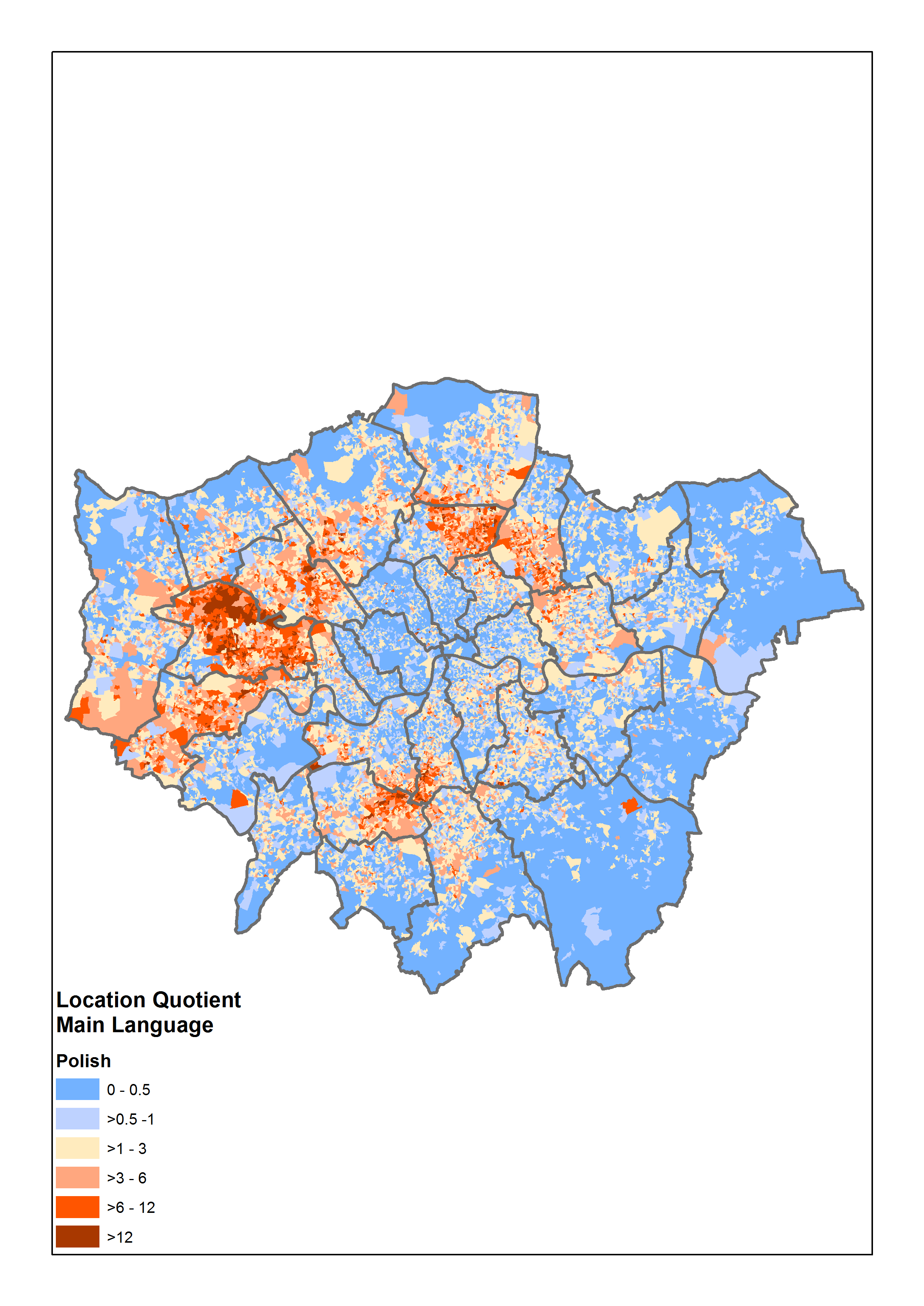 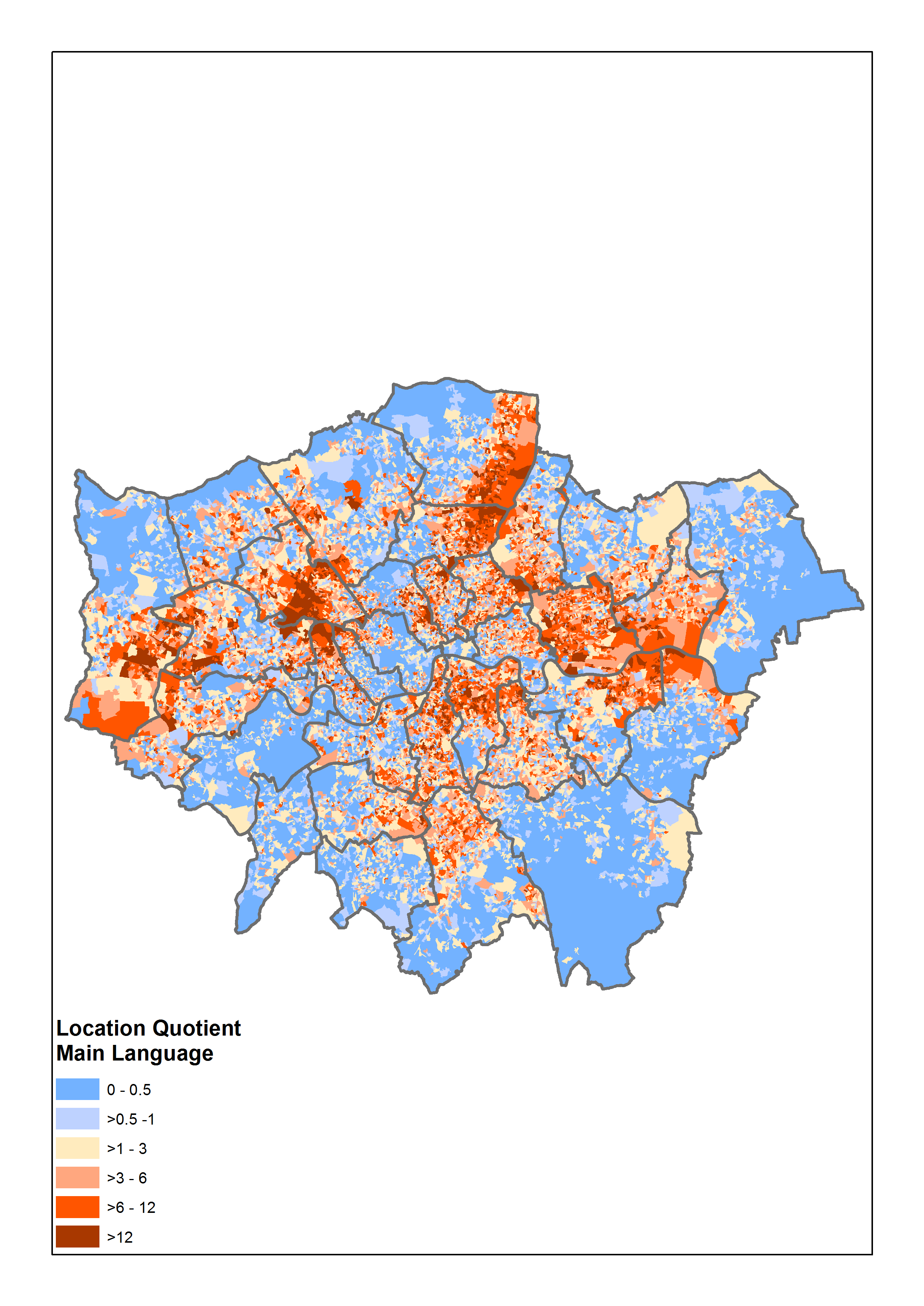 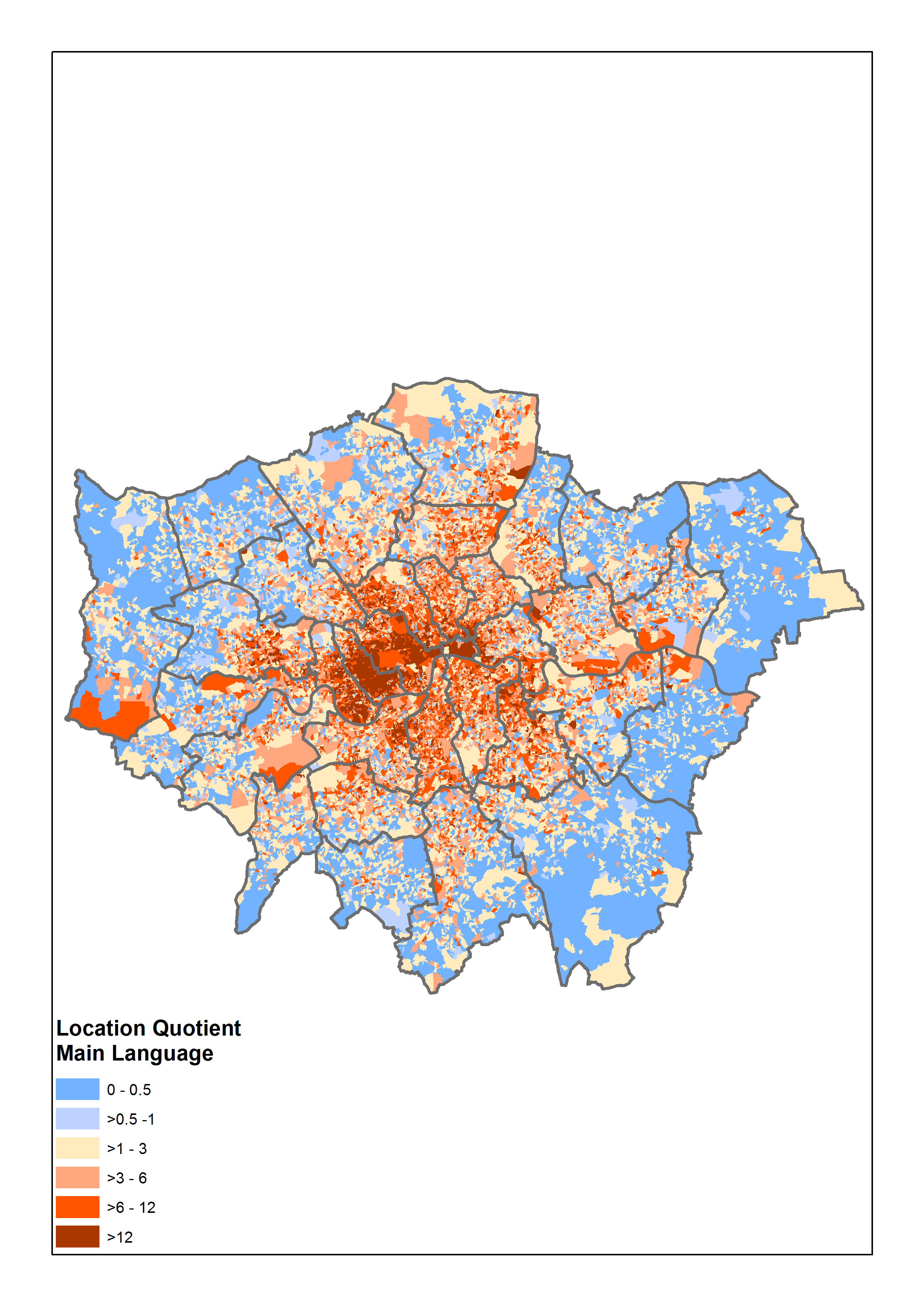 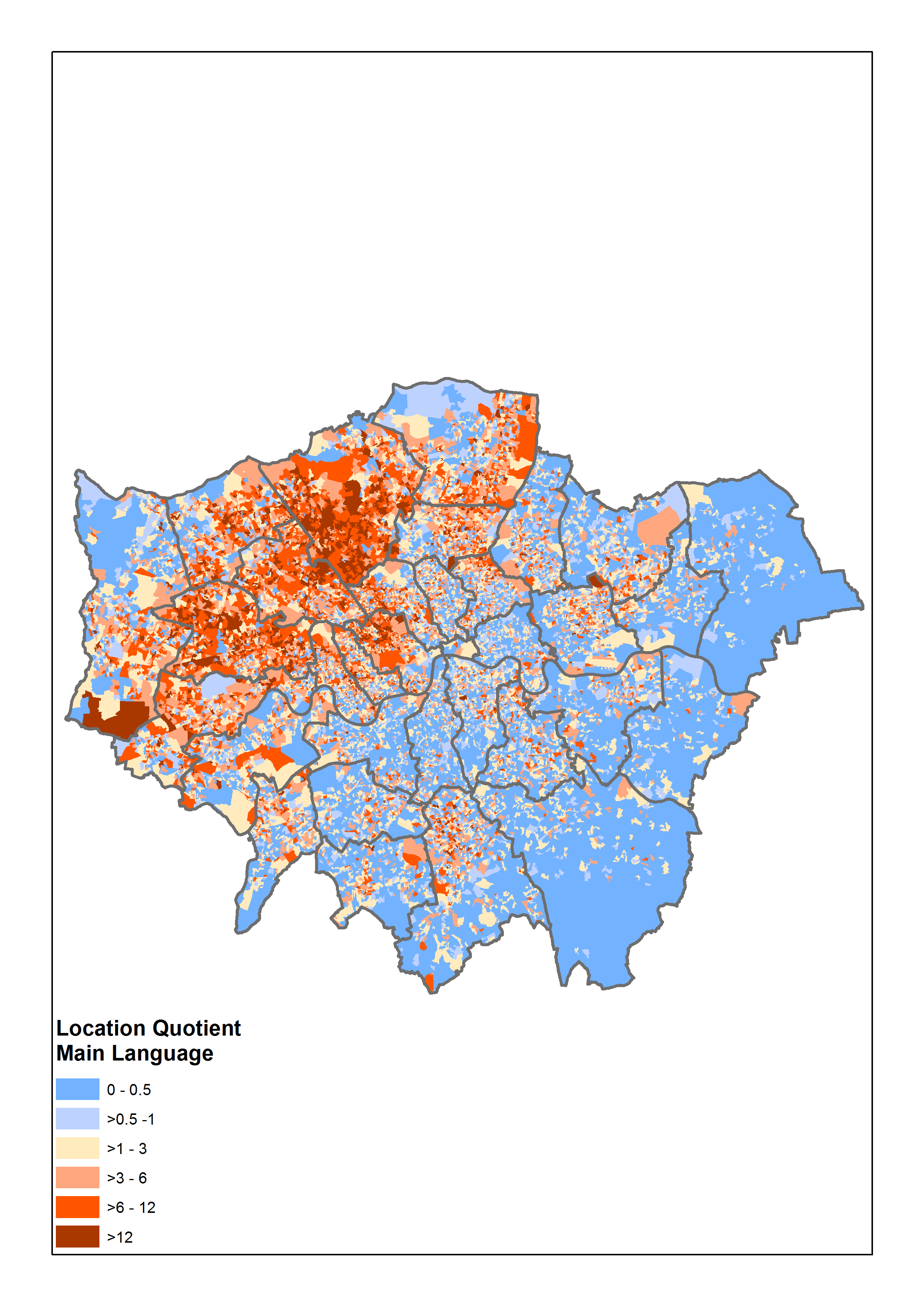 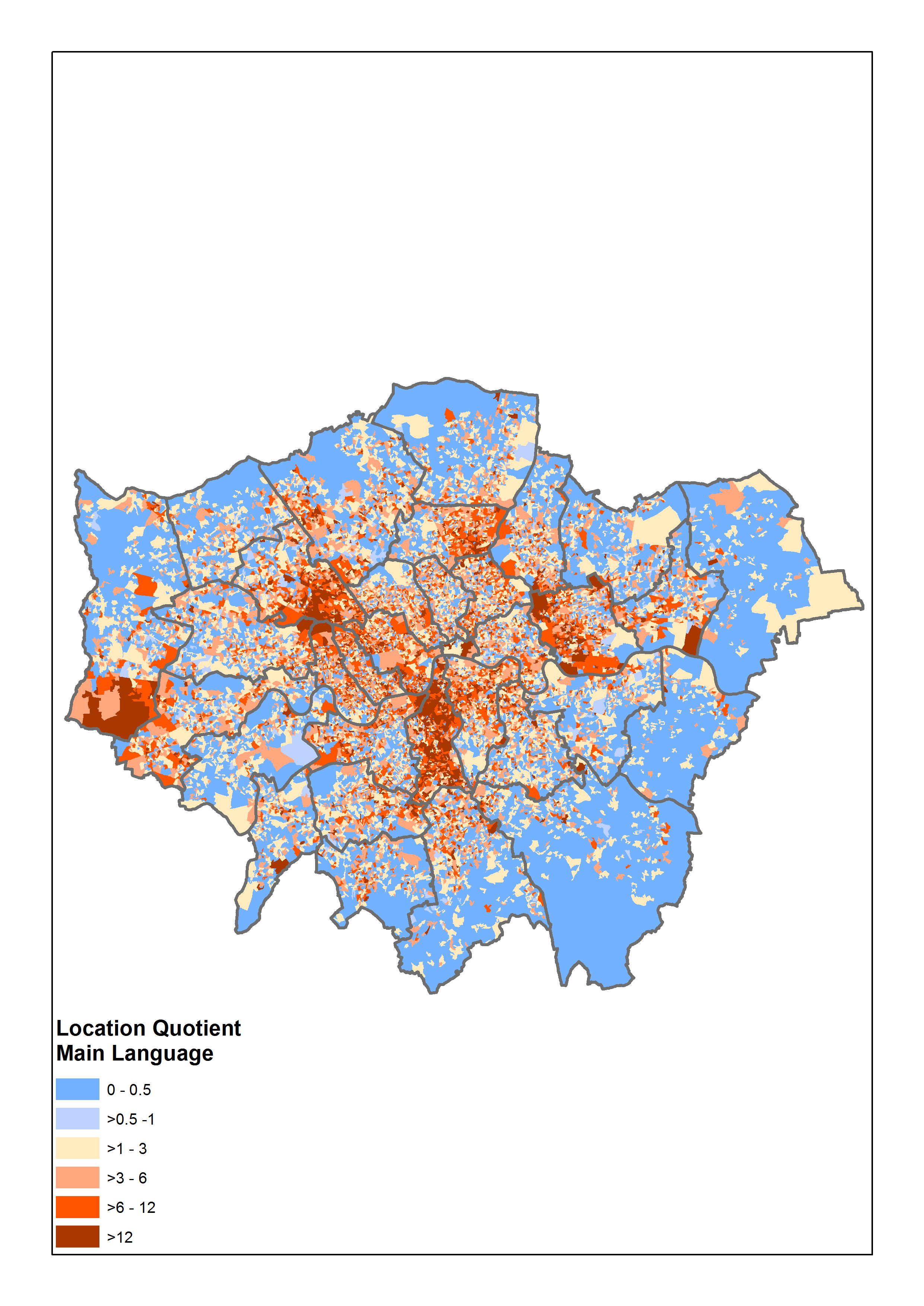 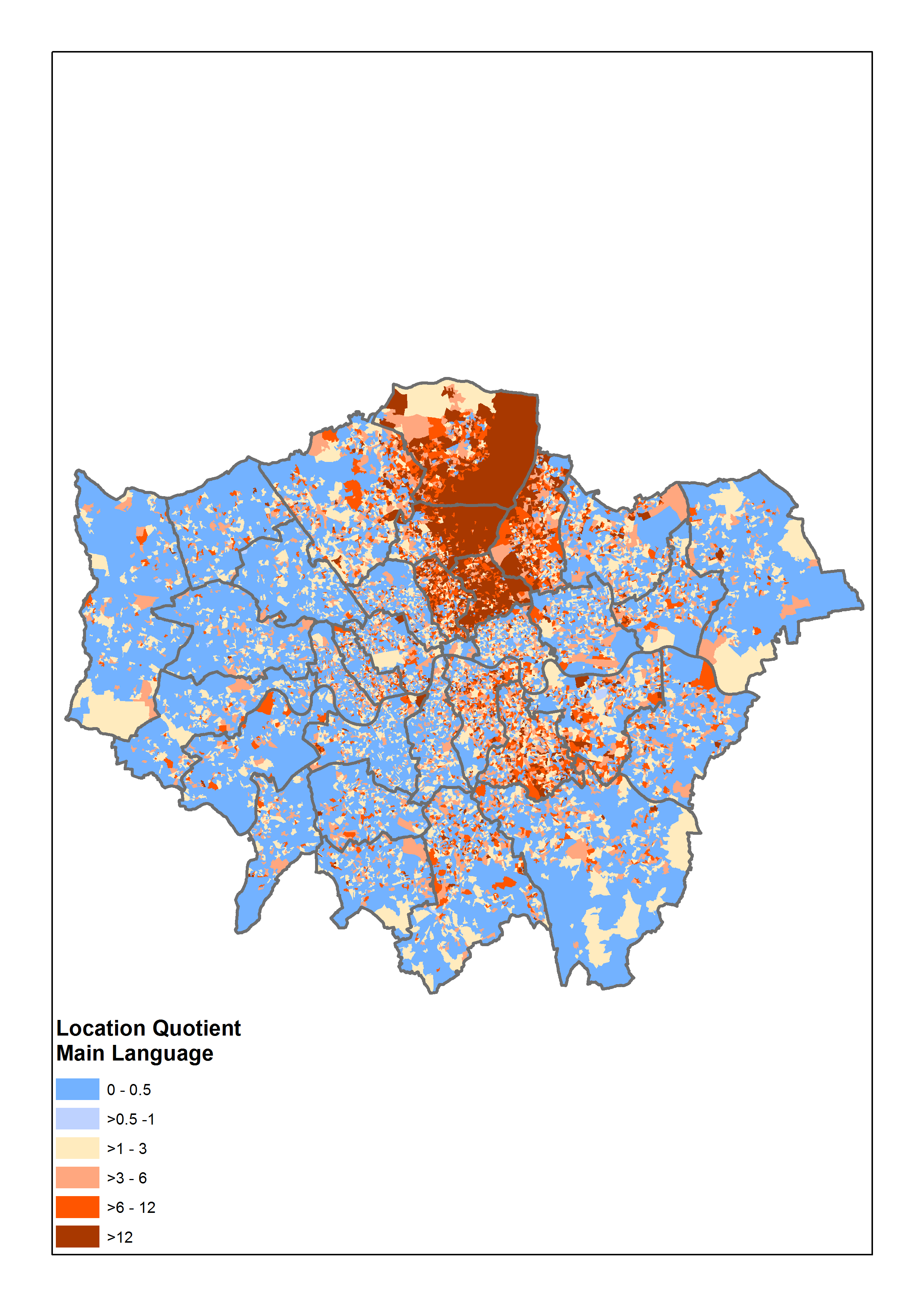 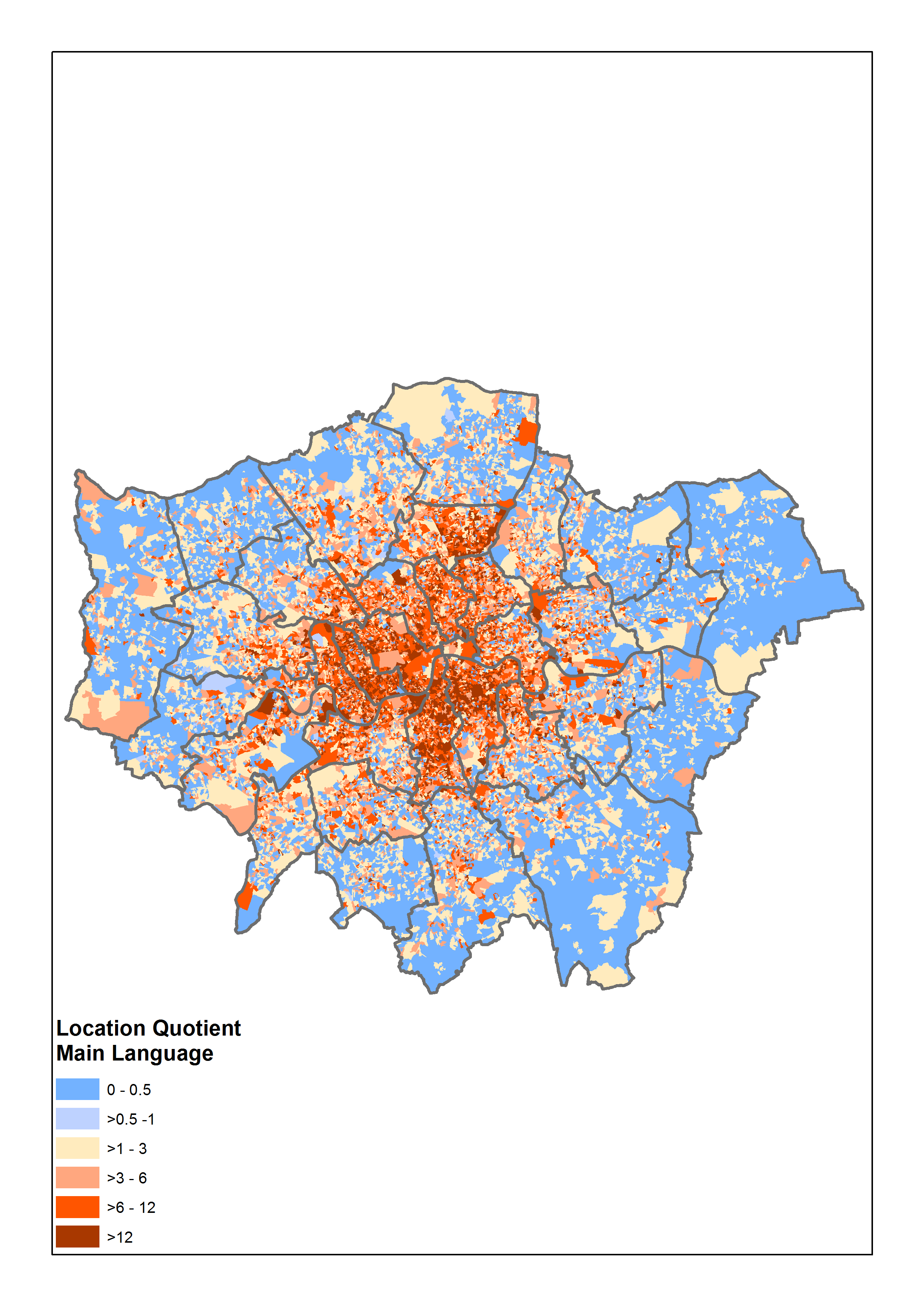 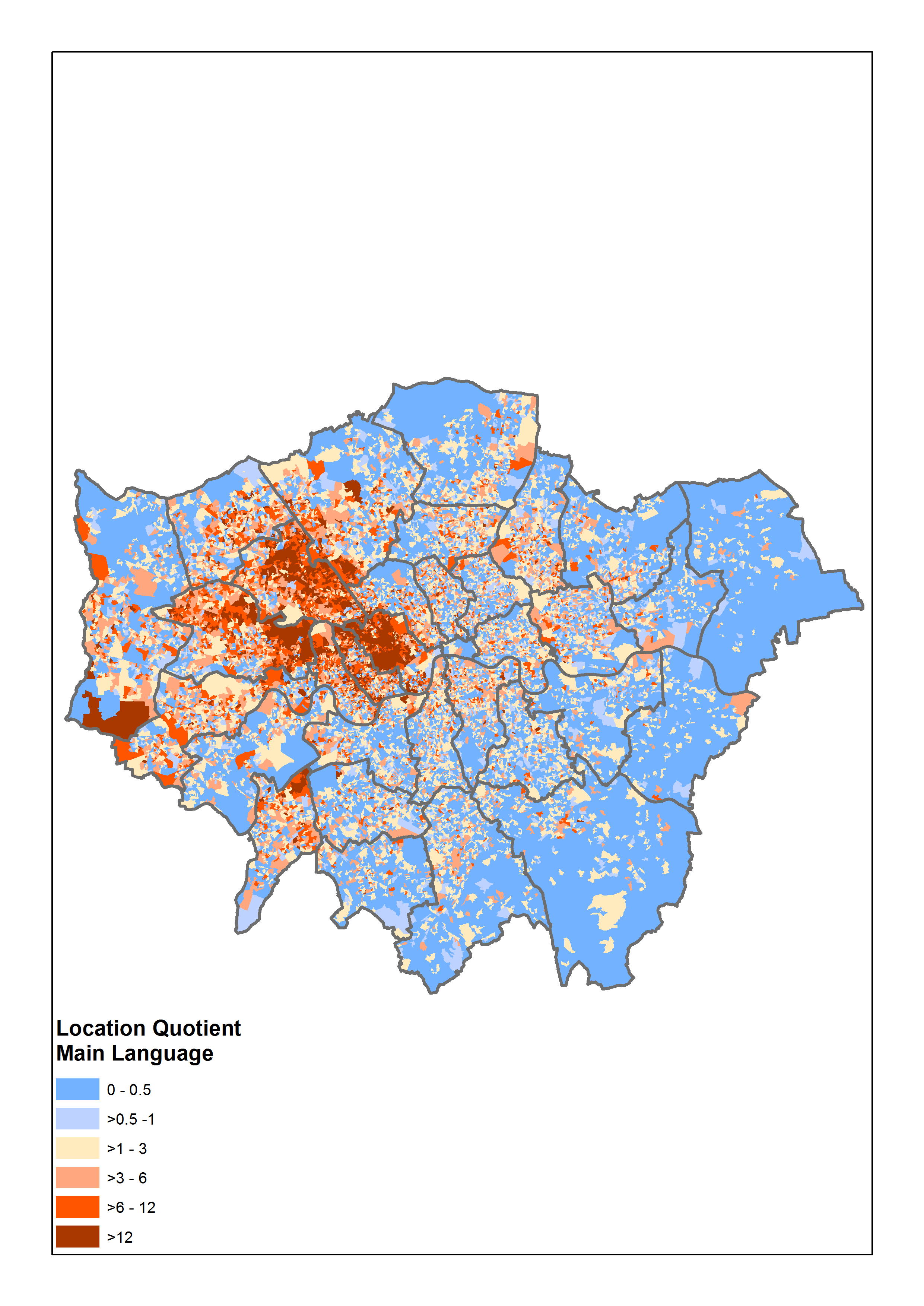